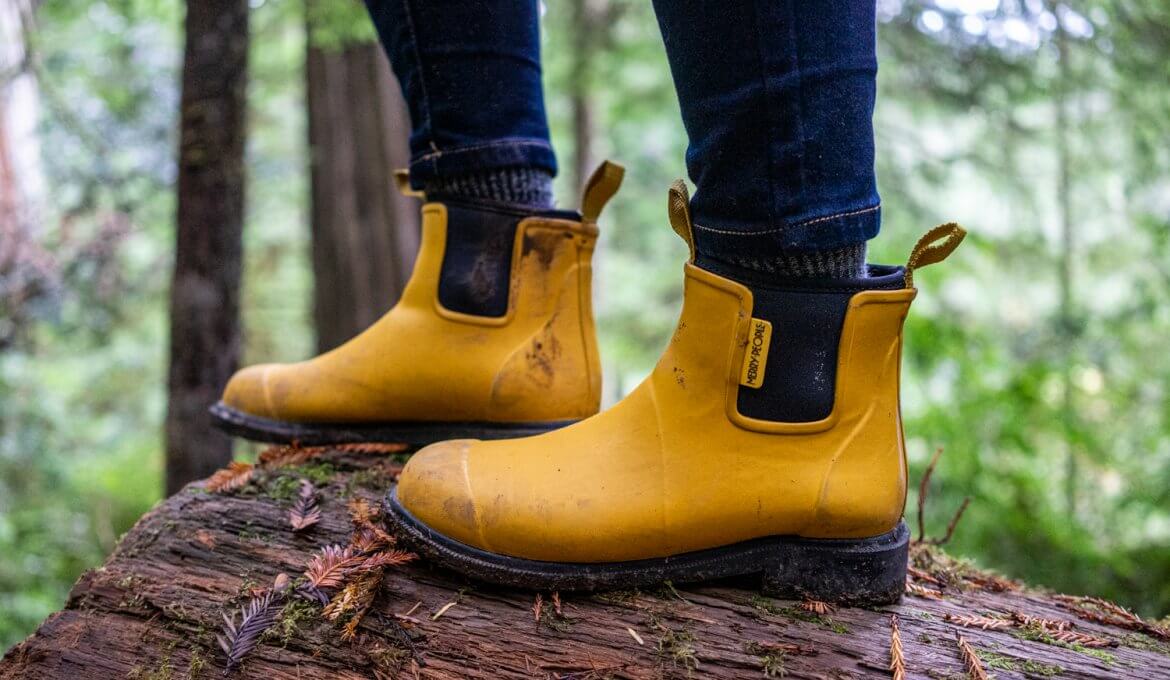 The Merry People Bobbi Rain Boot is a hard working yet stylish waterproof boot that can accompany you almost anywhere.

Australian entrepreneur Danielle Holloway created the Bobbi Rain Boot in 2014. After ruining many pairs of shoes on rainy commutes to her office job, she realized there was a need for fashionable, weatherproof boots that would be equally at home at a farm, festival, or fashion show.

She partnered with a family-owned Chinese factory to bring her vision to life, and Merry People was born. They began manufacturing Bobbi Rain Boots out of natural rubber and 4 mm neoprene.

Danielle began selling her boots at local farmers markets in Australia, and over the years her business grew until the boots entered the U.S. market as well.

I just love hearing about successful women-owned businesses, don’t you?

After looking for a pair of rain boots for some time, I was disappointed in the quality of the boots I found in stores. I needed something totally bomb-proof for our hectic lifestyle traveling the United States in an RV.

I saw an ad for the Bobbi rain boots on Instagram and decided to ask Merry People if they would send me a pair in return for an honest review. To my delight, they agreed.

Merry People shipped boots for both Max and I to a post office in Port Angeles, Washington, where we picked them up on our way to explore the Olympic Peninsula.

We put the rain boots to the test in one of the rainiest regions of the United States. Parts of the Olympic Mountains receive almost 200 inches of precipitation each year (to put that into perspective, the Amazon Rainforest receives an average of 120 inches of rainfall annually).

I wore them almost every day for a month in heavy rain and mud. They accompanied me in the Olympic Mountains and Quinault Rainforest, on beach walks, and on shopping trips in town. The rain followed us on our travels around the peninsula, down the coast of Washington and Oregon, and into California. I had plenty of opportunities to put them to the test.

Max wasn’t able to wear his much as his were too small and we need to exchange them. Oops.

I was looking for bomb-proof and I found it. These boots are exceptionally good quality.

The rubber upper portion is thick and scuff resistant. The care instructions actually say that you can wipe them off with a baby wipe if you need to (which I did, many many times). 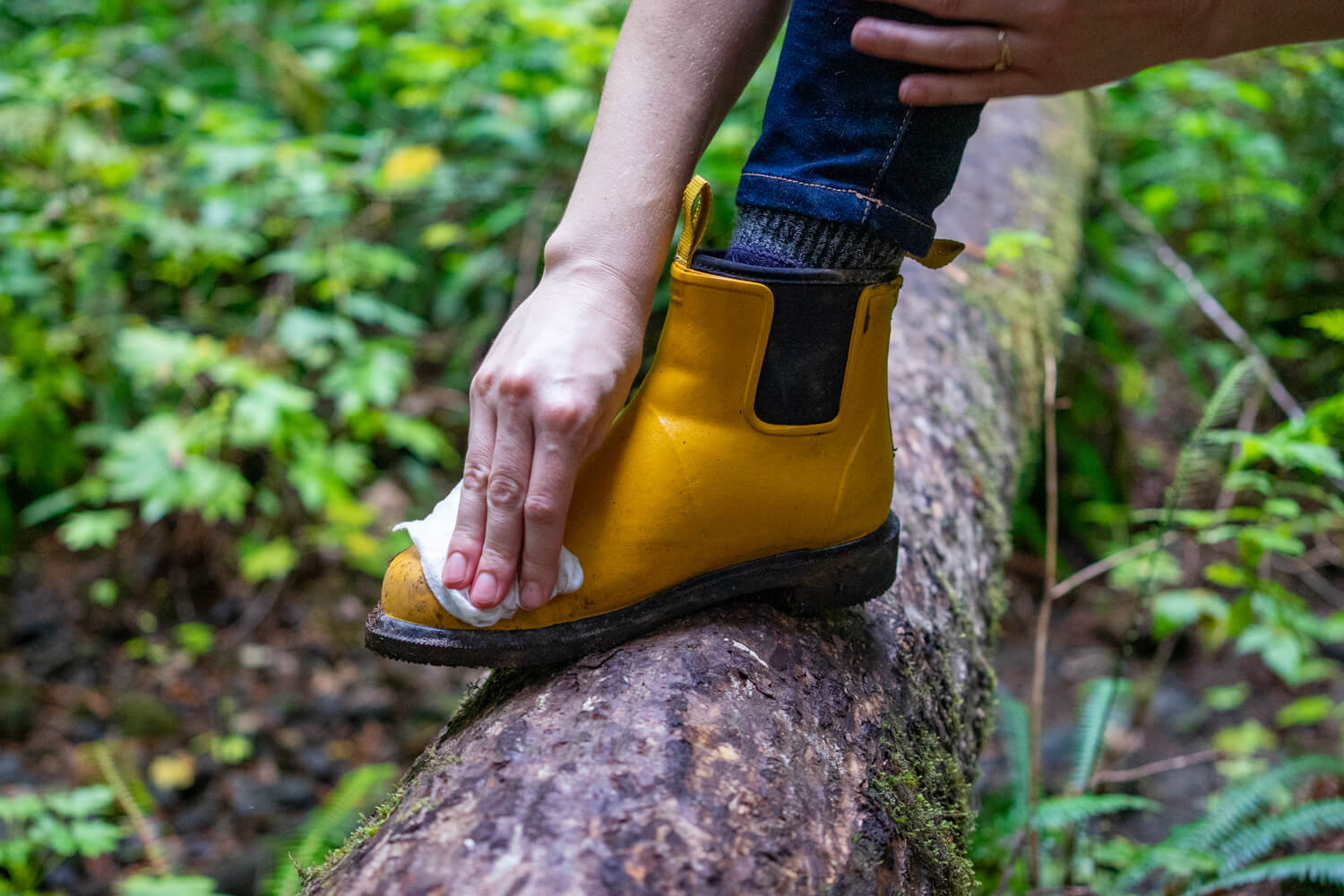 My boots are still looking sharp after a month of abuse. The lugs, also natural rubber, are beefy and solid. The 4mm neoprene is secured with heavy stitching that won’t be budging any time soon.

While we’re on the subject, let’s talk about the genius of using neoprene for the lining. Neoprene is the same material used for wetsuits and fishing waders.

It is soft, comfortable, odor resistant, resists degradation in extreme environments, and stays warm even when wet. It is the perfect material to use inside a gumboot, but it is difficult to find outside of men’s hunting boots.

As far as I can tell, Merry People makes the only short rain boot on the market that uses neoprene lining, which is why these rain boots are in a completely different class of quality than most similar boots.

Hunter makes a comparable rubber boot at the same price point with a polyester lining, and I think time will show that neoprene will last much, much longer.

The care instructions cautioned us to take care on slippery surfaces due to the shallow tread, but I found they actually performed quite admirably while climbing up wet logs and crossing muddy bridges.

Merry People boots use unisex sizing. My feet are 9 inches long from heel to toe and 3.5 inches wide at the widest. They are narrow to average width with narrow ankles, and I generally wear between a size 8.5-9. I followed the size chart on the Merry People website and ordered a size 39, which is a half size down for me.

My initial impression on putting them on was that the heel feels wide while the toe box is narrow, but the fit is secure without any danger of my feet sliding out. I can wear them barefoot or with a liner and wool sock comfortably. Rear and front pull loops make them a breeze to pull on and off.

Max’s feet are 10.5 inches long and 4.5 inches wide at the widest. They are extra wide, and he usually wears a size 10.5 in mens. He followed the suggestion of the size chart and ordered a half size down as well. The size 41 boots were too narrow around his toes, and he will be exchanging them for a larger size.

I suffer from achilles tendinitis and plantar fasciitis, so I am extremely picky about my footwear (don’t even get me started on blisters!). The thick insoles and arch support in the Bobbis kept my feet comfortable even after long days of exploring.

I generally prefer very lightweight boots, so I was initially concerned that these heavy rain boots would be hard on my knees. They were, however, so comfortable I hardly noticed them.

The Bobbis are currently available in 7 colors. I loved the indigo hued “Oxford,” but I ultimately decided to go with the mustard yellow so I could match my 2-year-old.

She has a pair of absolutely fabulous bright yellow Croc rain boots that she wears almost every day. You should have seen how she lit up with delight when I put on my own yellow rain boots to go out and stomp in puddles with her! Although the Bobbis are heavy duty, they have a slim, classic profile that pairs perfectly with skinny jeans, leggings, and even skirts. Everywhere I went, I received compliments on my shoes.

Indeed, Danielle really has achieved the perfect footwear for going from the backwoods to the boardroom. While there are plenty of cheaper rain boots on the market, none will last season after season like the Bobbi.

The Bobbi Rain Boot is priced fairly for the quality of craftsmanship and materials that go into it.

The aforementioned Hunter boot is more expensive, but it does come with a 2-year warranty. 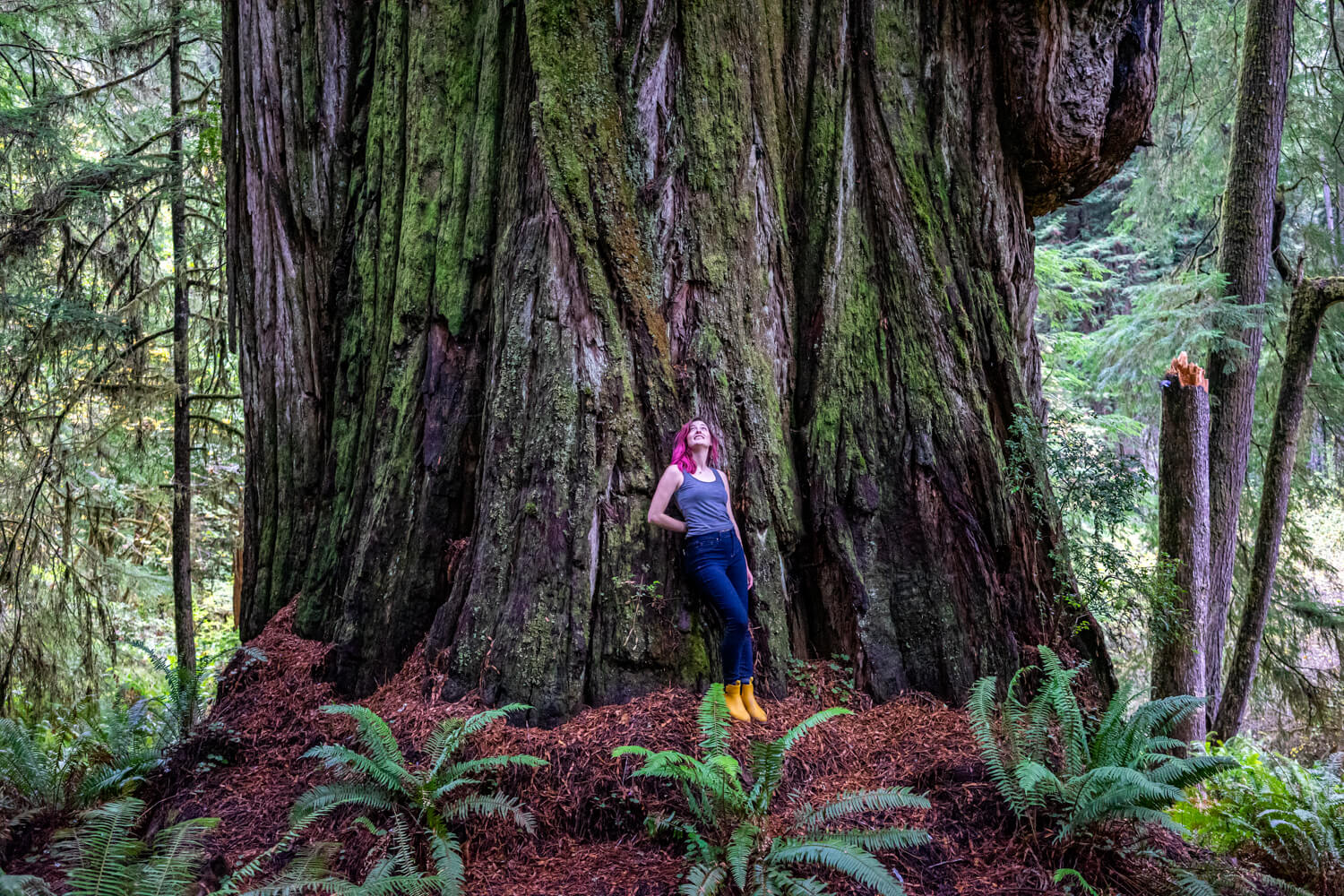